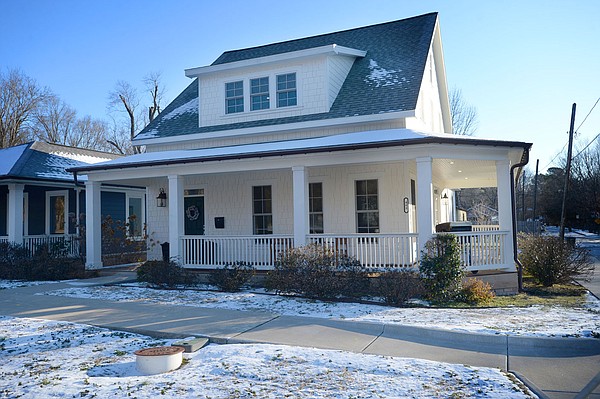 For more information or to apply for an operating license for a short-term rental, go to:

FAYETTEVILLE — City officials are hoping that extending the time in which some short-term rental landlords must apply for permits will catch up with those who have yet to go through the process.

Owners of short-term rentals, such as those listed online on Airbnb and VRBO, must obtain a business license and building inspection to operate legally in the city, according to rules passed by the city council in April.

Owners of Type II rentals must obtain a conditional use permit from the city, in addition to an inspection and a business license. Landowners normally have to obtain the permit through the Planning Commission. However, the council granted a “grace period” during which owners could obtain the permit administratively through staff, rather than having to go through a public hearing before the commission.

The grace period was originally scheduled to end on November 21, but the board extended the period to February 21. On Tuesday, the council will consider extending the period again until May 21. If granted, the owners will have had a full year to get in compliance with the city.

Council Member Sarah Bunch sponsored the measure to extend the deadline. She said she heard from four or five short-term rental owners and management companies who needed more time to bring their properties into compliance after an inspection.

For example, having a chimney inspected and cleaned within the last year is on the building inspection checklist. If a homeowner finds a crack in a chimney, it could take longer than the Feb. 21 deadline to fix it and have the property inspected again, Bunch said.

Bunch’s proposal would also provide a 60-day buffer for properties to go through the city’s process. As long as property owners apply before May 21, they could avoid having to go to the Planning Commission. So if an owner applied on May 20, then they would have a 60-day window to do the inspection, make the necessary fixes, and receive the license and permit to operate. The current municipal code requires property owners to complete the entire process by the February 21 deadline.

This means that any short-term rental landlord who applies on and after May 22 would have to go through the Planning Commission.

Bunch said she found that companies that manage multiple short-term rental properties in particular needed more time to get through the process. She also said she hoped to avoid hundreds of short-term rental applications going to the Planning Commission.

“I think that should be more than enough,” she said. “By then we will have received sufficient training on this.”

Planning staff estimate that there could be around 500 short-term rentals in operation in the city. So far, the city has received 423 applications, said Jonathan Curth, director of development services. Of the 423 submitted, staff approved 193.

Of the 230 outstanding applications, 29 were revoked or canceled due to submission or duplication errors, and another 10 were denied for noncompliance with city regulations, Curth said. Twelve are still being processed and six more are pending but appear to be in the approval process, he said.

This leaves a mixed bag of 179 applications that are under general review, awaiting repairs or installation of security features and follow-up inspection or have failed to submit documentation to collect and remit the tax. 2% sale on hotels, motels and restaurants in the city, Curth said.

Requiring owners of Type II short-term rentals to obtain a conditional use permit was a Planning Commission recommendation that the city council eventually adopted, Curth said.

Logan Humphrey, owner of Cohobnb, a local business that manages several short-term rentals in northwest Arkansas, said it would make sense to remove the conditional use permit requirement as long as properties comply. city ​​regulations. However, he said he was happy to hear that the city council would consider extending the application deadline.

“I think it’s a great opportunity to let more people know about the order and be able to sign up,” Humphrey said.