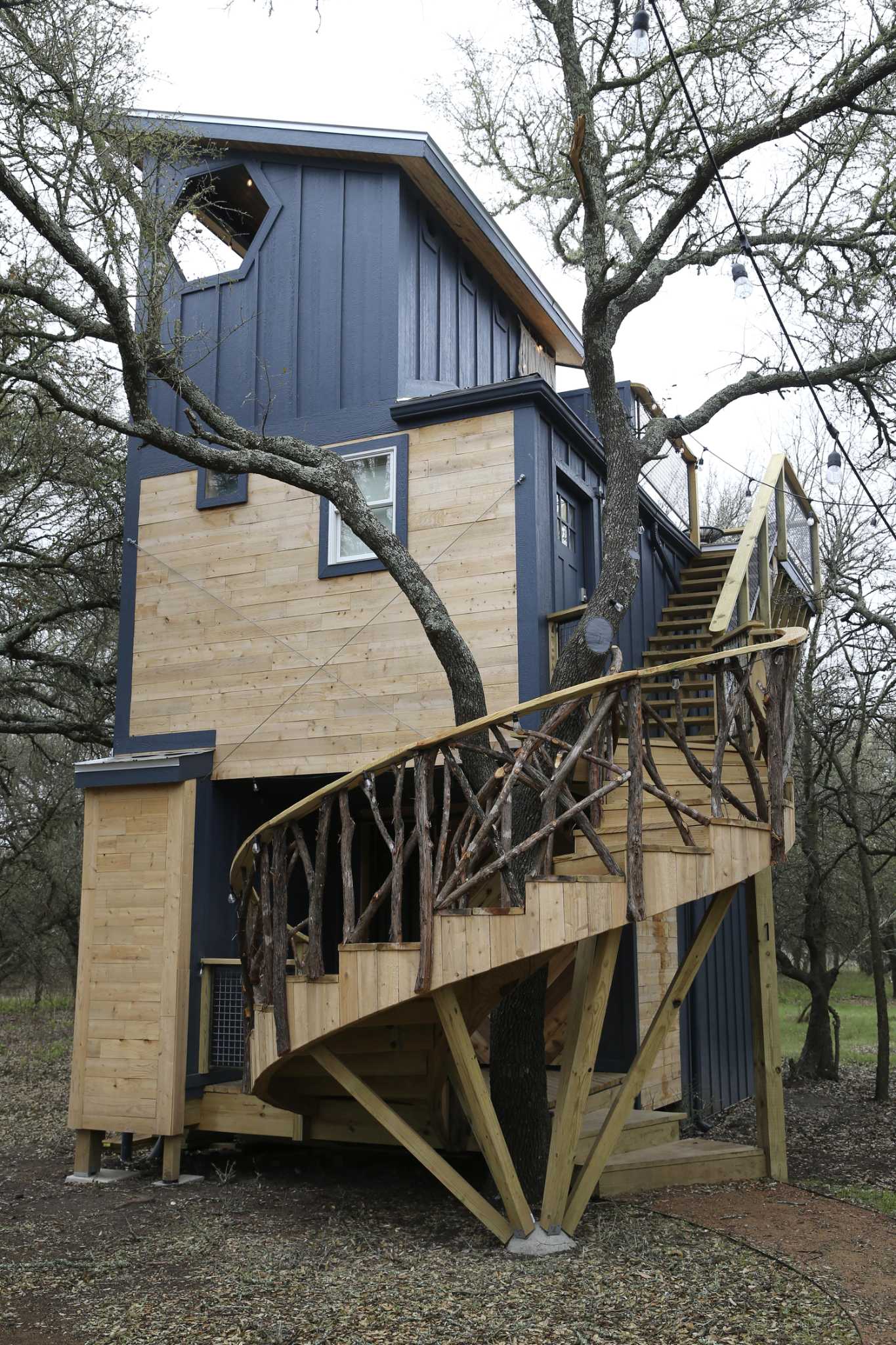 Ready to forget the hustle and bustle of city life? Go climb a tree.

Luxury treehouses in the Hill Country are becoming a popular rental option.

Some are isolated in tall trees on several acres of land. Some have a hot tub and access to the river. The one thing they all offer: an escape into nature, complete with stargazing and premium sleepovers.

Jacob Rhodes said he and his wife, Katie, were first bitten by the virus in 2017 when they designed and built the Sycamore Treehouse just outside Fredericksburg and began renting it out.

After that, “we got a little crazier” with the tree-themed designs, he said.

The second had a live oak tree, a round window and a glass garage door with an outdoor tub below, Rhodes said. The next one had an open-concept deck “and a really cool gazebo and fire pit, and for the next one, we really let ourselves go.”

The appeal of a treehouse, Rhodes said, is that people “escape their problems” and get back to nature.

“We think people are going to reconnect rather than disconnect,” he said. “Reconnect with a loved one, with an old writing hobby they gave up years ago, with God, with a son, a daughter, a spouse.”

Like the Rhodes family, Laurel Waters is no stranger to treehouse magic. For 17 years she owned and operated The Laurel Tree, a restaurant outside of Utopia that is only open on Saturdays. It is built around a 450 year old oak tree.

Six years ago, Waters opened a private dining room in the tree, and after hosting a special guest there, an idea was born.

Pete Nelson and his Animal Planet show, “Treehouse Masters,” were “building in the Hill Country, and they heard about the Laurel Tree and booked dinner for 12 and brought his whole crew up there,” Waters said. “That’s how I met him.”

It serves as an adults-only natural paradise in the hills — “a quiet, romantic getaway for people,” Waters said.

After the COVID-19 pandemic changed the face of travel, Waters saw a surge in bookings as people yearned to get away from it all.

“All of these hotels are trying to build spaces and then figure out how to bring nature inside, when we did the opposite,” she said. “We built in nature, we worked with what it had to offer and with what it allowed.”

Dozens of other treehouses are available for rent throughout the Hill Country, like an impressive two-story abode on the Guadalupe River or a simple one-room home on a private ranch in central Texas.

“There’s just something about staying in a treehouse,” Waters said. “You are in your own little world.”

The southern end of Stamford, Connecticut: master plan with luxury rentals and plenty of pets