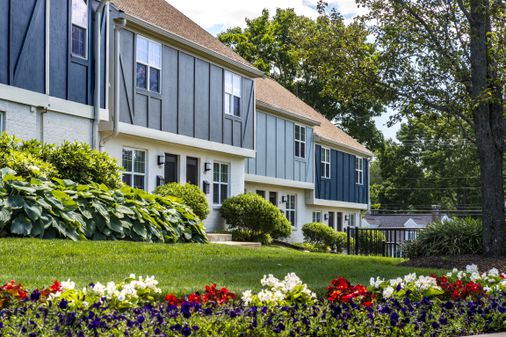 In the midst of a pandemic, demand for single-family rentals soars

Not only does this make the single-family rental home sector attractive as an affordable housing option, but its latest iteration — increasingly backed by institutional investors — is also appealing to millennials and other generations who want more space without the financial burden of owning a home.

Rents for single-family homes rose nearly 11% nationally in October last year from a year earlier, according to real estate data firm CoreLogic – a sign that demand is rising for this type of product during the pandemic. While Sun Belt cities dominated rent growth, Boston still had the 15th highest increase.

But several key ingredients of the single-family rental sector are missing in a housing market like Boston. These developments are typically found in the Sun Belt, which stretches from California to North Carolina, where land is widely available and significantly more affordable than in Greater Boston. The conversation about housing development in Greater Boston has also been more about density in recent years and finding ways to build as many new units as possible in a part of the country that is largely already developed.

But don’t rule out its future.

Boston is a city full of college grads struggling with student debt, which doesn’t leave much room to save for a down payment on a first home.

Single-family rental housing might conjure up images of hundreds of single-family homes in a planned community, which has become a very popular vehicle for the development of this sector. But duplex and townhouse rental developments — sometimes called horizontal multifamily projects — are also considered single-family homes because the same tenant occupies all floors of an unstacked unit.

These denser arrangements are best suited to urban and suburban locations where tall apartment or condo towers are unlikely to be approved.

“Nationally, we are seeing the strongest growth for this type of product in Sun Belt markets, where land is abundant and zoning is favorable,” said Kelly Mangold, director of the real estate consultancy firm. RCLCO. “But even in the northeast regions, there are opportunities to develop single-family rental communities – but perhaps in denser configurations such as terraced houses or horizontal multi-family products.”

The demand for single-family housing appears to thwart housing advocates and the city of Boston’s efforts to address the area’s housing shortage. The city aims to add 69,000 new homes as part of its “Housing a Changing City: Boston 2030” plan — and it’s much easier to reach that goal with densely-configured apartment and condo buildings. rather than single family homes.

But don’t wave the white flag of defeat for single-family rentals just yet.

“The pandemic has basically poured gasoline on this change out of urban areas [centers] and out of multi-family apartments,” said Richard Ross, CEO of Quinn Residences, an Atlanta-based single-family home developer, in December at the National Association of Real Estate Editors conference.

Quinn Residences may be focused on the South, but the urban exodus to suburban housing has been a national trend during the pandemic — a trend that has accelerated hyper-competitive bidding wars in suburban Boston.

Home values ​​in the United States rose just over 19% last year and are expected to rise another 14.3% next year, according to Zillow, a home search website. A low inventory can drive home prices up even further. “The median price for a Massachusetts single-family home sold in November was $510,000, according to real estate analyst firm The Warren Group — a record high for the month,” Jon Gorey reported for Boston.com. “This marked a 10.9% increase from a year ago and a stunning 30.4% jump from November 2019, when the typical Massachusetts home sold for $391,000.”

The national inventory of homes for sale hit an all-time low late last year, according to Redfin, a real estate brokerage network. It plays out locally, too: “On any given day in November, there were only 3,848 single-family homes for sale statewide, according to the Massachusetts Association of Realtors. This marked a 45.5% drop from what was already a tight market in November 2020, when there were 7,058 active listings,” Gorey reported.

It’s fuel for developers to consider more rental accommodation, assuming they can get through a planning board.

“There’s this play between supply and demand that suggests high-income renters and some households are simply renting longer because they want to,” Airgood-Obrycki said. “We saw that after the Great Recession.”

Single-family rental demand after the Great Recession was met largely by converting homes for sale into rental units. But the resilience of this type of housing during downturns is prompting US developers to intentionally build homes for the rental market.

It may not seem like much, but the sector is about to take off.

The RCLCO report estimates that an additional 2.5 million single-family homes will be needed over the next decade to meet demand from potential renters who cannot afford a home, who are moving to a new city or who simply want the space a single family home can provide without the requirements of ownership.

Investors are also pouring in: Quinn Residences has raised more than $750 million in equity from groups like Conversant Capital and Monarch Alternative Capital. This is well above the 600 million dollars that the leaders were aiming for.

But popularity and investor interest are not fueling an increase in single-family rental inventory in New England. RCLCO has spotlighted three great single-family rental developments in the area among the few: Norwest Woods – which includes townhouses – in Norwood and two Connecticut apartment communities with a significant number of townhouses and attached units with individual entrances. The report overlooks others, including Halstead Beverly, which offers one-, two-, and three-bedroom townhouses.

Single-family rental housing isn’t a complete anomaly in Greater Boston, but it’s mostly individual homeowners renting a single-family home. The number of these types of units within the Boston city limits hovered around 5,000 for several years. A City of Boston spokesperson said there were no pending proposals for single-family rental developments.

“A lot of them may be off the market,” said DJ Gendreau, realtor at Douglas Elliman Real Estate. “I’ve known a number of them that were investment properties that owners would consider renting out.”

Horizontal multi-family projects and attached single-family developments share similarities with typical apartment or condo developments in terms of unit size, but RCLCO’s Mangold acknowledges that there are benefits as well as challenges in boosting this type of housing in Massachusetts.

“While regulatory and zoning restrictions may impede single-family product type in some locations to promote density, there are also many other jurisdictions where the opposite is the case – including many parts of Massachusetts where single-family use is the only type allowed,” she said.

Hotels and home rentals fill up ahead of Packers playoff game