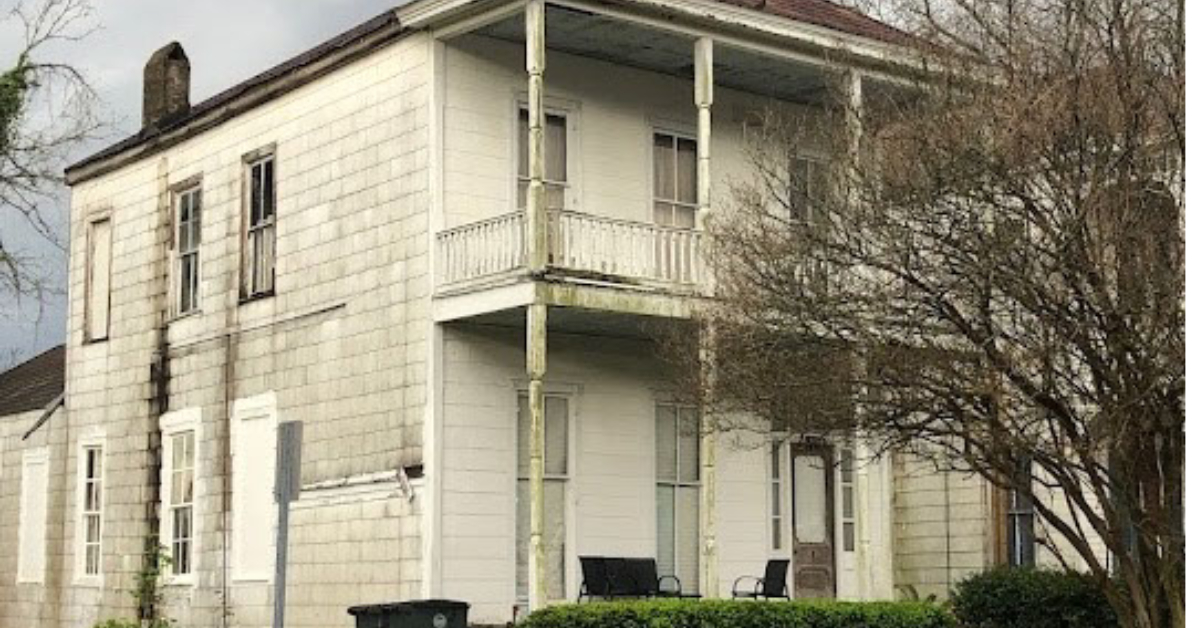 This two-story, three-bay townhouse was probably built by Samuel Feld in 1886 for rental purposes.

William Stanton, an architect, designed a number of houses in this block for Feld. The Vicksburg Herald reported that it cost around $3,000 and was built by Curphey and Mundy.

On December 13, 1885, the Herald reported that “MS Feld rented his new house (yet to be built) yesterday on plans submitted by Mr. Stanton. This indicates a demand for residencies.

Isaac Hirsch moved into the house with his family upon completion. Hirsch was a cotton factor and prominent in the Jewish community. He and his wife, Bettie Bazsinsky, had six children, two of whom died of yellow fever and one of meningitis. In 1898, Mrs. Joseph Bazsinsky, Bettie’s mother, built a house for them next to her house on Monroe Street, and the Grove Street house was listed for rent in the Herald. The 1904 city directory lists Mrs. Julia Cahn, widow of Sam, living in the house and apparently her white poodle was “lost or stolen” and she placed an advertisement in the newspaper with a reward for its return.

In January 1907, Mrs. Phil Greenwald was living there and had also lost a dog. “Bulger the Bulldog” was missing and she was also offered a reward, according to an ad in the Vicksburg Post.

The Post reported on April 8, 1913, that Mr. and Mrs. John Piazza would be residing at 1314 Grove St. They stayed until 1915, and an advertisement in the Herald indicated that the house was for rent. Mrs. EG Phillips lived there in 1920, the Post reporting that she had won a ticket to see “Miss Blue Eyes”, but it does not say in which theater.

In the 1980s, Bill Longfellow bought the house and it is now owned by his daughters, who will begin an extensive rehabilitation this year.

Uber adds the ability to book trains, coaches, flights and car rentals to the app