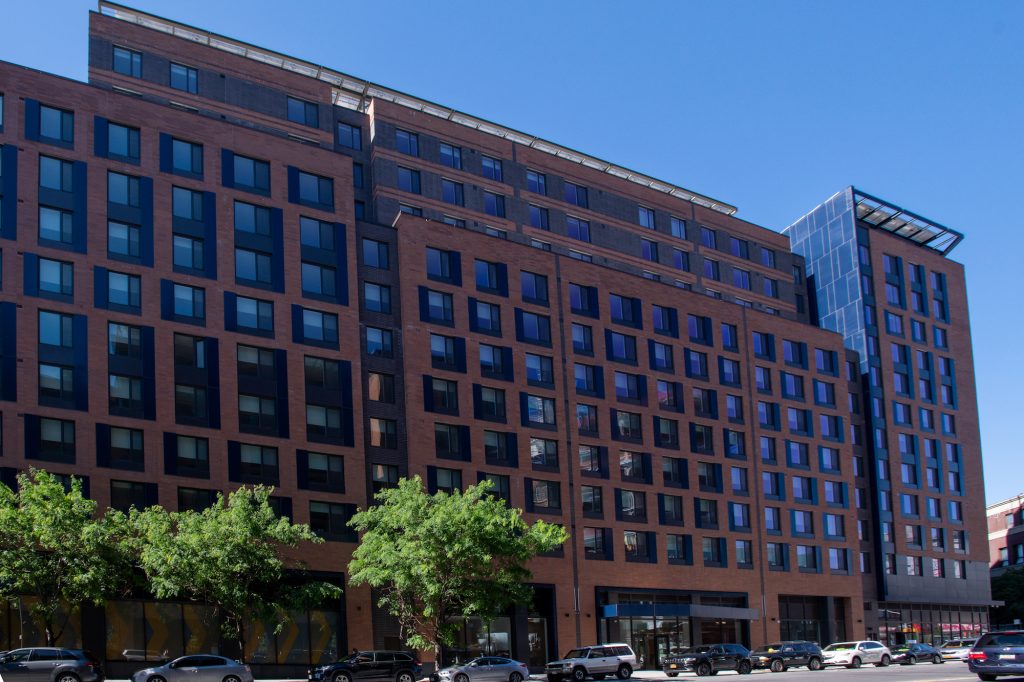 Opening of the first two rentals in the huge real estate complex in the south of the Bronx, La Central

The first two rentals at the five-building South Bronx La Central complex officially opened on Wednesday. The mixed-use towers, located at 556 and 600 Bergen Street in the Borough’s Melrose neighborhood, contain 500 housing units, a new YMCA, studios for BronxNet and a rooftop farm operated by GrowNYC.

Designed by MHG Architects in collaboration with FXCollaborative and Future Green Studio, the two buildings (â€œAâ€ and â€œBâ€) offer a mix of studios, one, two, three and four bedroom apartments, considered affordable for those who earn between 30 and 100 percent of the region’s median income (MAI).

A team of companies Hudson, BRP, Kretchmer, ELH-TKC LLC, Comunilife and Breaking Ground, as well as the Housing Preservation and Development and Housing Development Corporation, developed the two new buildings.

â€œWith affordable housing powered by sustainable energy production, community and educational spaces for all ages and vibrant recreation spaces for the neighborhood, La Central will be a hub within The Hub for the southern community. Bronx. Congratulations to this new wave of New Yorkers who have made La Central their home.

Tenants for the new development include Taste of the Bronx Cafe, a community-driven space of Bronx Beer Hall operators, Sustainable Snacks, with items prepared by a rotating roster of local chefs, Metate Authentica Comida Mexicana, a Mexican restaurant with a existing store in Riverdale and an organic grocery store.

The last two affordable buildings, â€œCâ€ and â€œEâ€, opened last summer. This phase includes a community space, a skate park and a telescope on the roof of Building E, operated by the Bronx High School of Science. The final phase of La Central is expected to be completed in 2023.