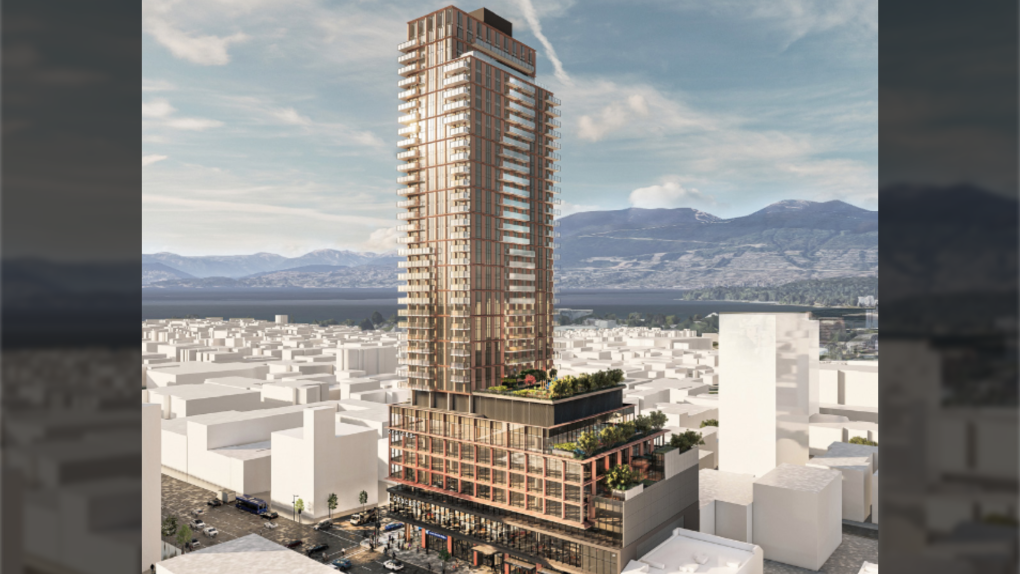 Rental in Vancouver: a 39-storey tower soon on the metro line

A nearly 40-story skyscraper proposed for the site of a future Vancouver subway station is set to be built following city council approval on Tuesday.

In a 9-2 vote, council approved a rezoning application that would allow the mixed-use building to be constructed on the northeast corner of the intersection of West Broadway and Granville Street.

There used to be an RBC bank branch on the site, but it has since been demolished.

PCI Developments LP and Musson Cattell Mackey Partnership Architects plan to construct a 124-meter (407 ft) tower at 1477 West Broadway, which would make it the tallest building in the immediate area.

Other proposed new buildings for the Broadway and Granville area include an 18-story rental building and Masonic Center, a 24-story office tower, and a 28-story rental tower.

The tower would include 223 rental units, 20% of which – based on floor area, not unit count – would be rented at below-market rates.

The council vote followed days of public input earlier this month, as well as an earlier public consultation at the end of 2021.

According to a presentation by city staff, those who supported the project welcomed the height and density of the housing, as well as the new businesses that would be located on the lower floors.

But those affected also commented on the height and density, and some mentioned parking issues and a lack of street space in the neighborhood.

The building plan, as set out in the City Staff Proposal Summary, includes a grocery store and office and retail space. A version shown to the public also included office rooftops and terraces and there may be a public art installation outside.

The grounds include “indoor and outdoor family-friendly amenity spaces” and a “premium fitness center” for tenants.

Studies have examined where the building’s shadow would fall at different times of the day and year.

The incoming subway line from Broadway would run underneath, and the building would include a ground floor entrance to South Granville Station.

There would also be six levels of underground parking, including bicycle parking and commercial parking under the building.

A rendering by PCI Developments LP and Musson Cattell Mackey Partnership Architects shows the exterior of a building planned for the intersection of West Broadway and Granville Street in Vancouver.

‘AL’ tourist rental bomb. Is it?